Why was the Battle of Stalingrad so important 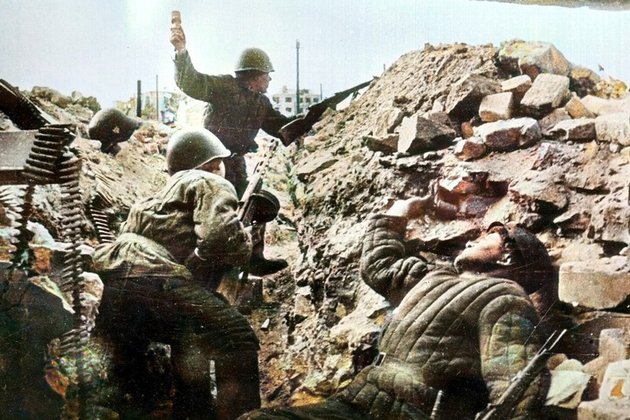 The bloodiest battle in the history of mankind decided the outcome of World War II. The German Army still maintained its strength, but the Allied powers were now in possession of the strategic initiative.

1. Collapse of the German front and start of the crucial turning point in the war 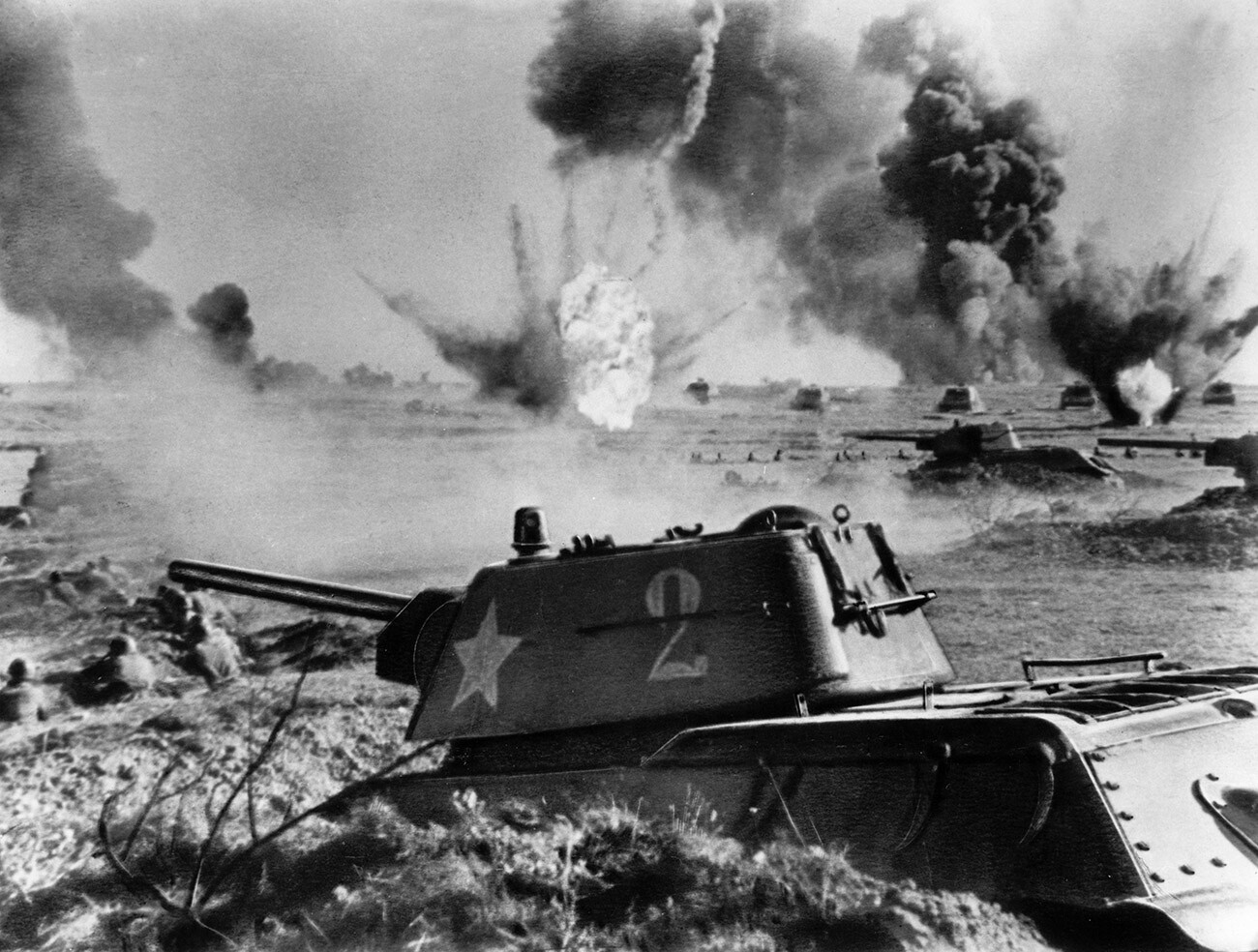 The encirclement and destruction of the 6th Army of Friedrich Paulus and units of the 4th Panzer Army of Hermann Hoth at Stalingrad were a terrible blow to the German armed forces. The Wehrmacht lost about 330,000 soldiers, many of whom had combat experience acquired in the Polish and French campaigns. Soviet troops lost no time in advancing towards the huge gaps that had appeared in the German combat lines.

"The victory of our troops at Stalingrad marked the start of a pivotal turning point in the war in favor of the Soviet Union and the beginning of the mass expulsion of enemy forces from our territory," wrote Marshal Georgy Zhukov in his 'Reminiscences and Reflections'. "From that moment, the Soviet command fully possessed the strategic initiative and held it until the very end of the war."

Conducting one successful offensive operation after another, the Red Army liberated vast territories in the south of the country. Unlike the counteroffensive near Moscow in December of 1941, it did not squeeze the enemy out, but encircled and destroyed the enemy's forces by means of bold maneuvers. 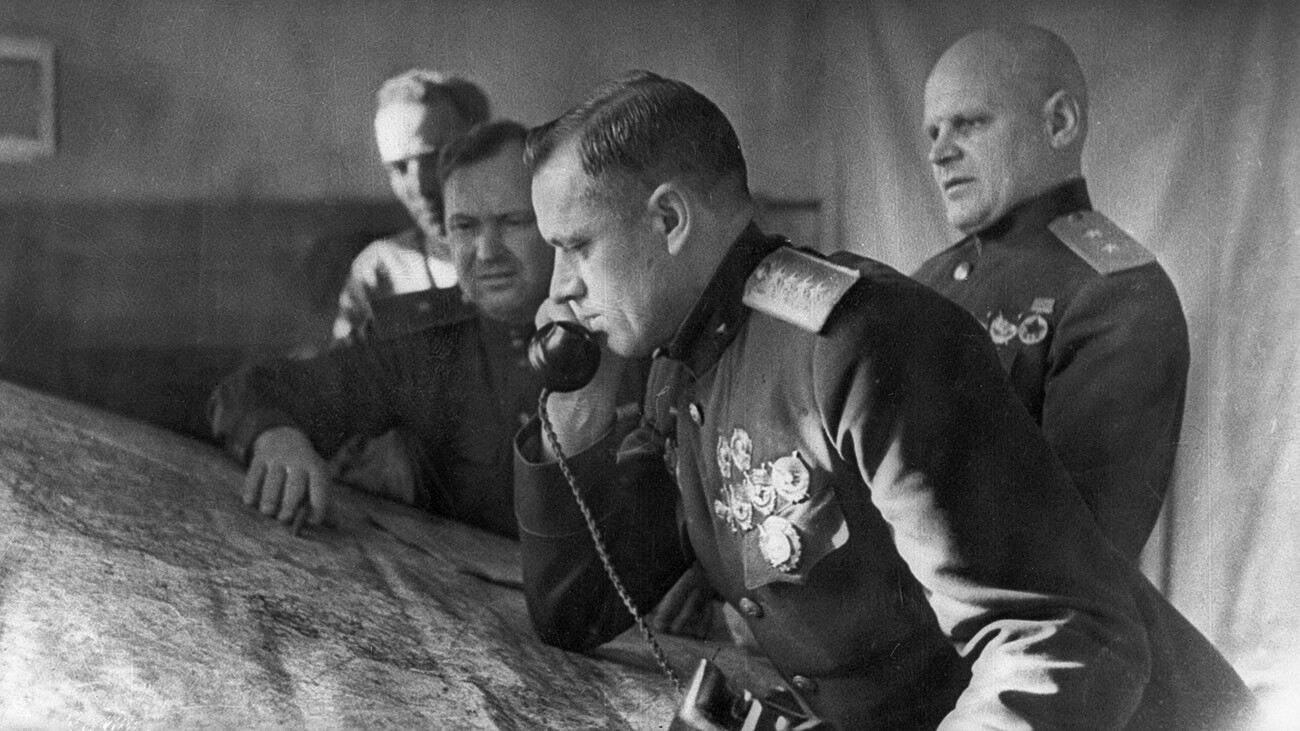 General Konstantin Rokossovsky during the Battle of Stalingrad.

Soviet troops kept pushing forward to the west, threatening to cut off General Ewald von Kleist's Army Group A, which was in the Caucasus. The Germans began a hasty retreat towards Crimea and Hitler had to forever bury his dream of seizing the rich oil fields of Baku, Grozny and Maykop.

Taking advantage of the situation, on January 18, 1943, in 'Operation Iskra' ('Spark'), Soviet troops broke the siege of Leningrad. The city, which had lived through a terrible period of starvation, started receiving regular food supplies. Further attempts to push the enemy away from Leningrad failed, however.

In March 1943, in connection with the deterioration of the general strategic situation, the Germans were forced to abandon the Rzhev-Vyazma salient, which was just 200 km from Moscow. The Wehrmacht command had to give up its plans to use this bridgehead for a new offensive against the USSR capital.

Soviet troops sought to reach the Dnieper as soon as possible, but they overestimated their own strength and, at the same time, underestimated the enemy's military capability, which was still considerable. With the onset of the spring thaw, the front line stabilized in the area of the Kursk salient. It was here that a large-scale battle would take place in the summer that would mark the culmination of this pivotal turning point in World War II.

2. Beginning of the end for the 'Axis' 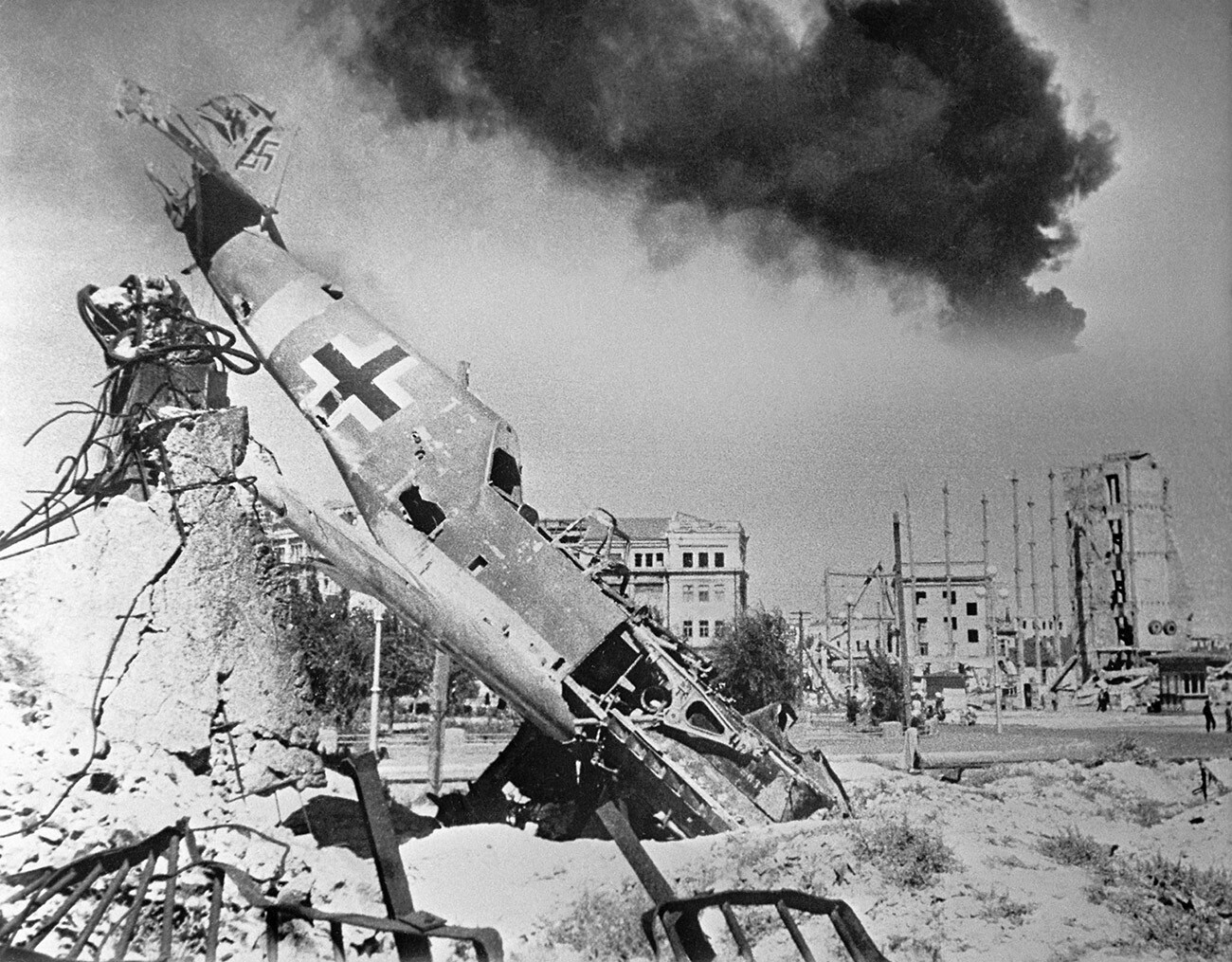 The defeat at Stalingrad undermined German morale. Never before in history had their army suffered such a disaster. For the first time since the start of World War II, the Third Reich declared a three-day period of national mourning.

Both in German society and in the armed forces, the number of people doubting the victory promised by the Führer began to grow. "Gigantic objectives and small sorry-looking groups of soldiers, of whom there is a shortage both at the front line and in the rear. Hitler has simply overreached himself," officer Helmut Weltz wrote in his diary. "What was the point of our initial successes, if we can't hold on to what we have captured? And this gives rise to the main question: Was it worth starting the war in the first place?"

Things were no better for Germany's 'Axis' allies. The defeat of the Romanian 3rd and 4th armies covering the flanks of Paulus' 6th Army as it got bogged down in street fighting came as a shock to Romanian society. The two armies were on the receiving end of the main thrust by Soviet troops in the course of 'Operation Uranus'. Over 158,000 men were killed in the fighting, immediately prompting a rise in anti-war sentiments in the country. 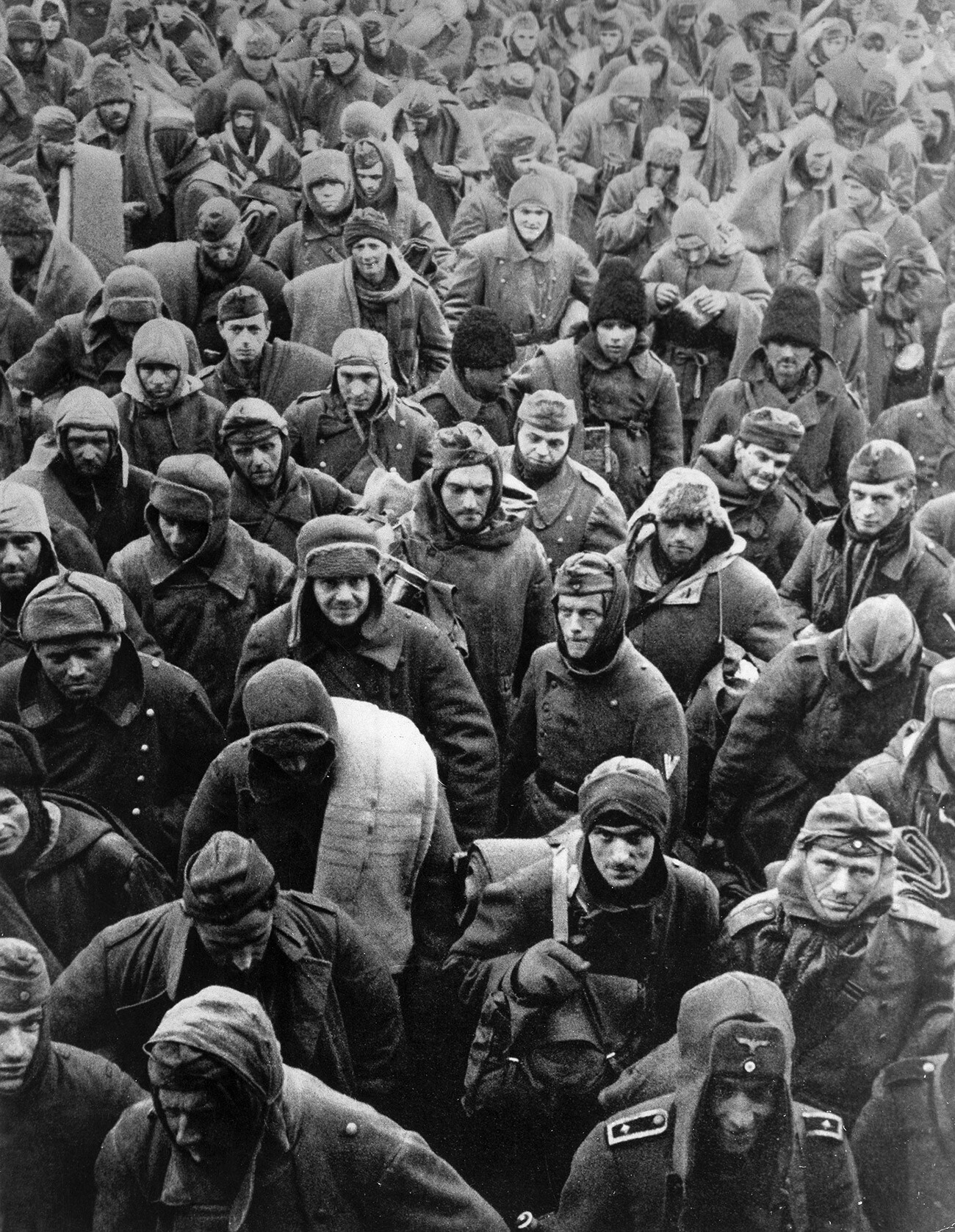 German soldiers following their capitulation to Soviet forces after the Battle of Stalingrad.

Soon after the encirclement of the German grouping at Stalingrad, Soviet troops fully defeated the Italian 8th Army deployed on the Don, compelling Mussolini to hastily bring it back home in the spring. The disaster that befell the Italians in the USSR was one of the principal reasons for the fall of Il Duce's regime on July 25, 1943.

The feeling that an important watershed moment had been reached in the war also extended to Helsinki. Even though the Finnish army's position in the occupied Soviet territories was still fundamentally secure, the government started cautiously seeking ways of concluding a separate peace. "We came to the unanimous conclusion that the world war should be seen as having approached a decisive turning point and that Finland needed to seek a way out of the war at the first suitable opportunity," wrote the supreme commander-in-chief of the Finnish army, Carl Gustaf Mannerheim, in his memoirs.

The Stalingrad fiasco deprived Hitler of two important potential allies. Japan indefinitely shelved its Kantokuen Plan to attack the Soviet Far East. For its part, Turkey, which had been closely following the German "march for oil" and had moved a 750,000-strong army to the borders of the USSR, decided against entering the war on the side of the Third Reich. More than that,

Ankara drastically toned down the anti-Soviet rhetoric in its media and adopted a harder line towards Berlin.

3. Morale boost for the Allies 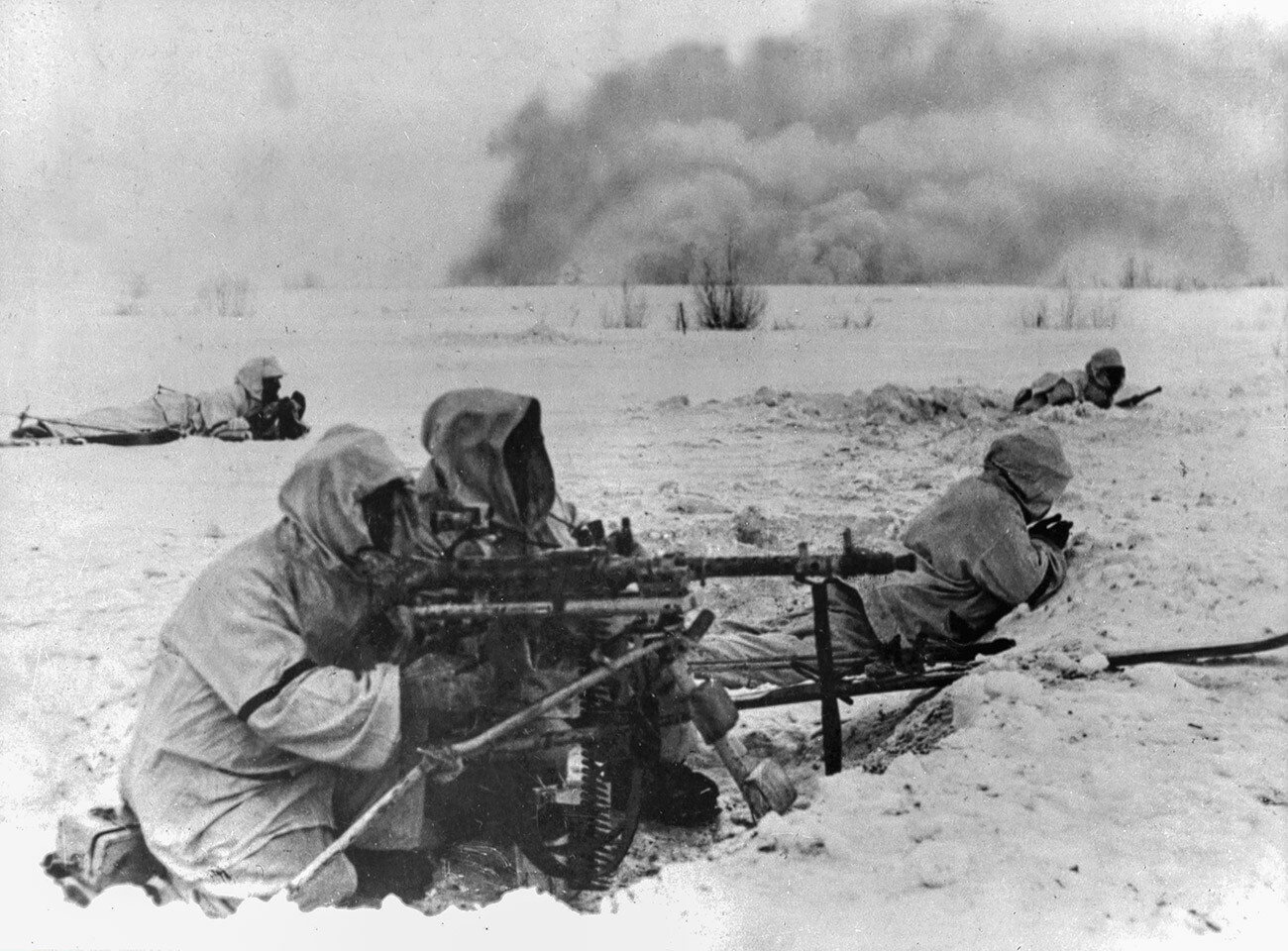 A completely different picture could be discerned in the camp of the anti-Hitler coalition. The defeat of the German grouping gave rise to an unprecedented morale boost in the Soviet Union: both on the front lines and on the home front. Sergeant Pyotr Alkhutov, who was present at the capitulation of Generalfeldmarschall Friedrich Paulus on January 31, 1943, recalled: "On that frosty morning in Stalingrad, it dawned on all the men of the Red Army and the overwhelming majority of the German soldiers that this was the beginning of the end for them and the start of our Victory."

Stalingrad was a hugely important moral victory for Soviet troops. The myth of the invincibility of the German army, which had taken a knock in the Battle of Moscow, was now conclusively shattered. A greater sense of calm, organization, focus and certainty in victory entered the operations of the USSR armed forces and, at the same time, "cases of betrayal of the Motherland and manifestations of cowardice and alarmism" began to decline rapidly.

The West was pleasantly surprised by the Red Army victory and congratulations flooded into the Kremlin from the leaders of the allied countries. At the Tehran conference in late 1943, Prime Minister Winston Churchill presented the Soviet delegation with a dedicatory Sword of Stalingrad, the blade of which was inscribed with the following words in Russian and English: "TO THE STEEL-HEARTED CITIZENS OF STALINGRAD * THE GIFT OF KING GEORGE VI * IN TOKEN OF THE HOMAGE OF THE BRITISH PEOPLE." 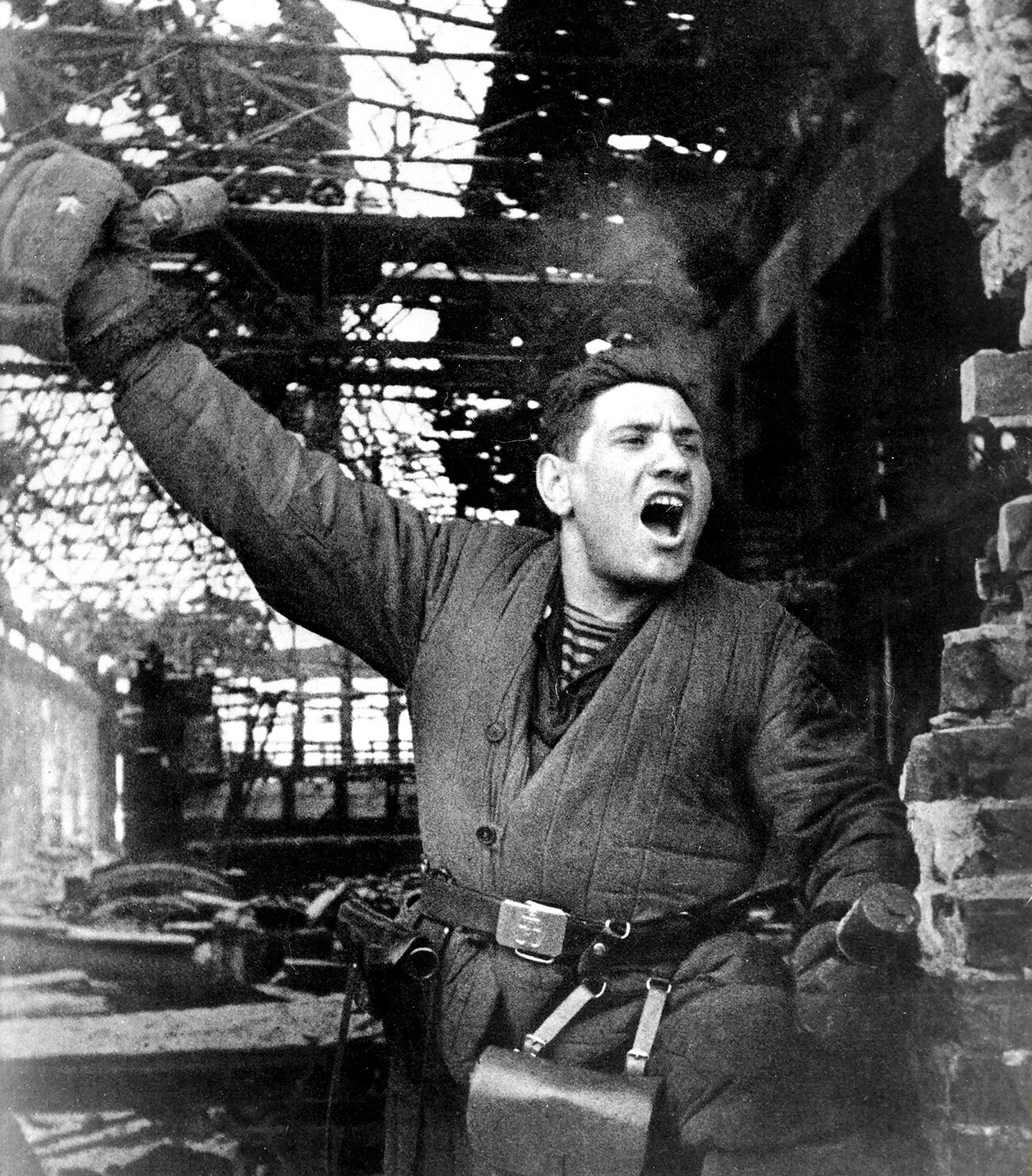 U.S. President Franklin D. Roosevelt sent the city of Stalingrad an honorary scroll "to commemorate our admiration for its gallant defenders whose courage, fortitude and devotion during the siege of September 13, 1942 to January 31,1943 will inspire forever the hearts of all free people. Their glorious victory stemmed the tide of invasion and marked the turning point in the war of the Allied Nations against the forces of aggression".

The news of the defeat of Paulus' army was greeted with indescribable excitement in the Nazi-occupied countries of Europe. It literally gave resistance movements a new lease of life.

Addressing his fellow countrymen in a radio broadcast, the French writer Jean-Richard Bloch, who was living in exile in the USSR, could not hold back his elation: "Hear me well, Parisians! The first three divisions that invaded Paris in June 1940, three divisions that defiled our capital at the invitation of the French general, [Henri] Dentz, these three divisions - the 100th, the 113th and the 295th - do not exist anymore! They have been destroyed at Stalingrad: The Russians have taken revenge for Paris. The Russians are taking revenge for France!"