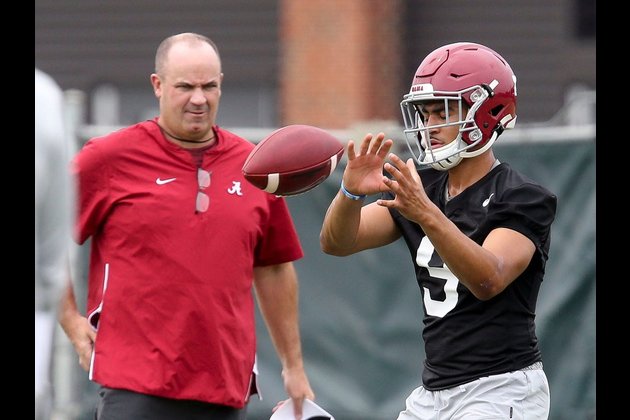 The Patriots and O'Brien agreed to a contract on Tuesday based on reports from multiple outlets. O'Brien first resigned his post as offensive coordinator at Alabama, a job he held the past two seasons, to step back into the role he held in New England before leaving in 2011 to become head coach at Penn State.

New England operated without a named coordinator in 2022 and production declined massively. The Patriots dipped from 48 touchdowns in Jones' rookie season to 31 last season.

Part of O'Brien's indoctrination at Alabama was learning the existing system from Jones, the outgoing quarterback preparing for the NFL draft. Jones was selected in the first round by the Patriots.

O'Brien was first hired in New England in 2007 as a coaching assistant with the Patriots. He coached quarterbacks and became offensive coordinator before stints at Penn State (2012-13) and as head coach of the Houston Texans (2014-2020).