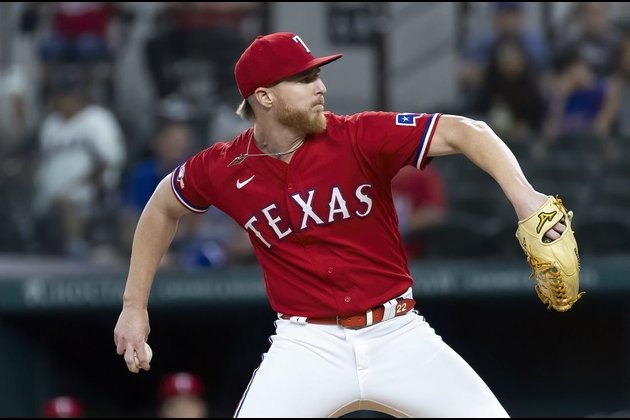 Josh Naylor drove in a run with a double and Will Brennan tacked on a two-run single in a five-run sixth inning that rallied the Cleveland Guardians to a 6-3 win over the Texas Rangers on Friday night in Arlington, Texas.

The Guardians (84-67), winners of five straight, opened an eight-game lead over the Chicago White Sox in the American League Central division.

Guardians right-hander Cody Morris (1-2) gave up two runs (one earned) in five innings, and picked up his first win in his fifth big league start. Emanuel Clase loaded the bases with two outs, but retired Josh Jung on a grounder to second for his 38th save.

Rangers starter Jon Gray worked five innings, giving up one unearned run, and he exited with a one-run lead.

But in the sixth inning, the Guardians scored five runs off reliever Taylor Hearn (6-8), who recorded just one out.

Steven Kwan's single got things rolling. Naylor had an RBI double. Oscar Gonzalez and Andres Gimenez each had RBI singles, and Brennan drove in two-runs with a single.

In the second inning, the Rangers capitalized on a pair of walks and a throwing error to take the early lead. Adolis Garcia walked and stole second base, and Leody Tavares walked. Newly added catcher Kevin Plawecki, in his first at-bat with the Rangers, lined an RBI single to center.

In the fourth inning, the Guardians scored their first run.

Amed Rosario tripled, and with one out, Naylor walked on four pitches. With runners on the corners, Naylor stole second, and Plawecki was charged with an error that allowed Rosario to race home. Naylor, meanwhile, appeared to jam his left thumb on his head-first slide. After a trainer tended to him, Naylor remained in the game.

In the sixth inning, the Rangers trimmed their deficit to 6-3 on Josh H. Smith's RBI single, which scored Jung, who reached on the first walk of his MLB career.