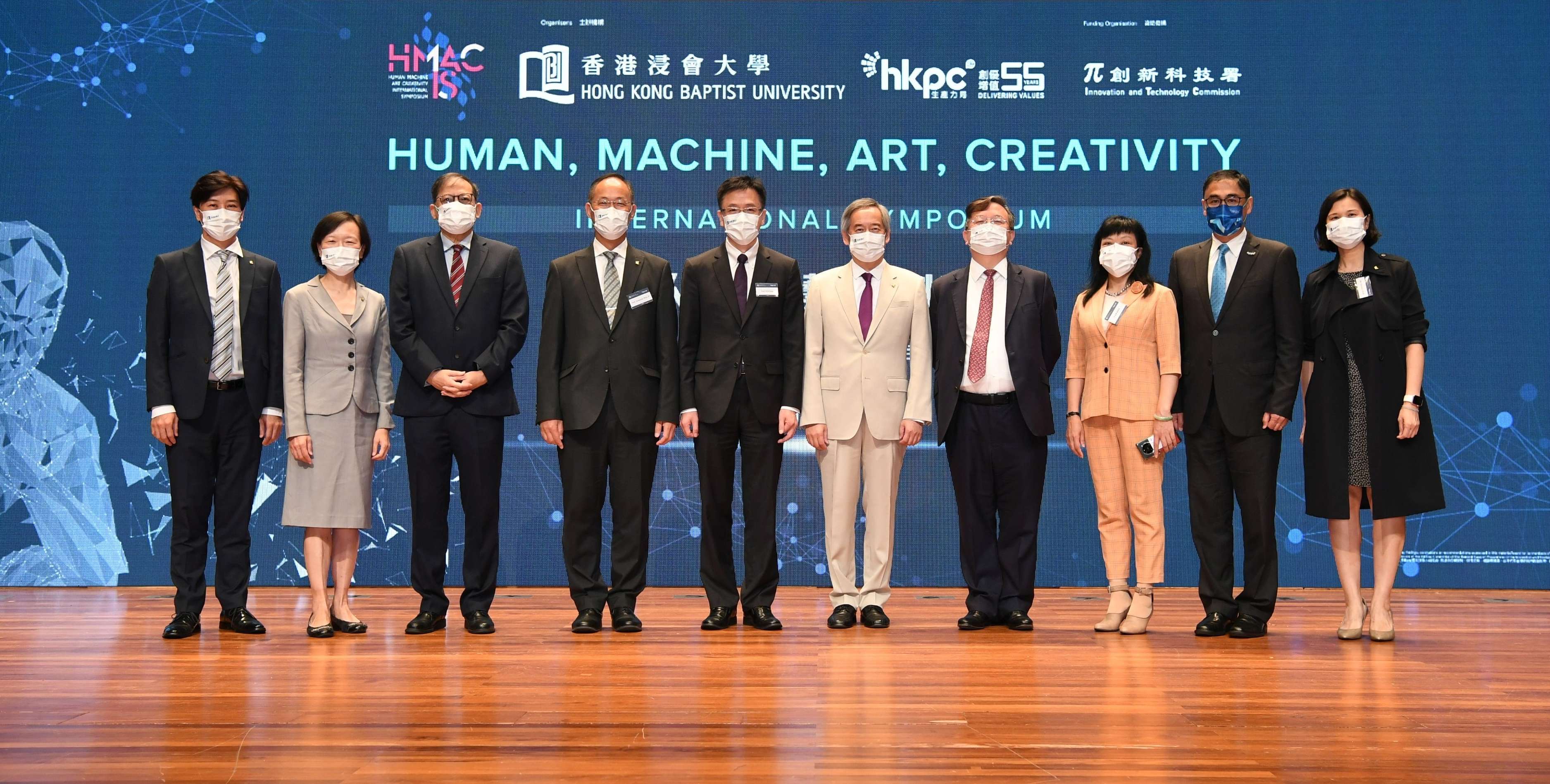 The Turing AI Orchestra is the world's first AI ensemble. By applying state-of-the-art AI technology, the Orchestra aims to achieve a new form of symbiotic artistic creation and performance between humans and AI systems.

The announcement of the launch of the Orchestra was made at the "Human, Machine, Art, Creativity: International Symposium" co-organised by HKBU and the Hong Kong Productivity Council, at which world-renowned researchers and artists from academia and industry gathered to discuss the development of human-AI symbiotic art creativity.

In his address, Chief Executive Mr John Lee Ka-chiu said: "Hong Kong Baptist University, with its commitment in discovering and nurturing new technologies and big ideas, is a leading force in comprehensive research and development for arts technology. The pioneering and innovative project Building Platform Technologies for Symbiotic Creativity in Hong Kong is funded by the Research Grants Council. It is one of China's biggest artificial intelligence technology research projects. It seeks to radically advance human and AI interaction and contribute to the sustainability of our arts ecosystem."

In his welcoming speech, Dr Clement Chen said: "With the emerging trend of applying technology to art creation, our scholars at HKBU are also pushing the frontiers of art-tech to transform the creation of art and culture. We are also impressed and encouraged by the increased amount of support offered by the National 14th Five-Year Plan and the HKSAR Government's drive to promote and develop art-tech. Against such a backdrop, our important initiatives will definitely support and spearhead the development of art-tech in Hong Kong and enable the SAR to assume a leading position in art-tech on the global stage."

In his address, Professor Sun Dong, Secretary for Innovation, Technology and Industry of the HKSAR Government said: "Leveraging the advanced development in the AI technologies, art creations can be transformed and propelled to the next level, bringing new experiences to audiences and significant socio-economic benefits to the city. I must say, the Hong Kong Baptist University has best demonstrated how AI can be a creative force in performing music, cross-media art and dance at its Symphony Orchestra Annual Gala Concert held last month. It truly marks a milestone in the history of arts tech, showing the harmonious collaboration between human and machine."

Outlining the concept of the Turing AI Orchestra (TAIO), Professor Guo Yike said that it offers an open platform for artists and scientists from around the world to collaborate within a dynamic and innovative environment, and it will produce groundbreaking AI research that will disrupt the world of art.

"The Turing AI Orchestra also echoes one of the project tasks stated in the project proposal - building a Digital Art and Policy Network, for symbiotic creativity collaboration and related policy innovation. It is envisaged that TAIO, as a vibrant and sustainable development base, can help us put our vision, philosophy and technology into practice via creative performances in the context of active international collaboration. By using Blockchain technologies, TAIO will realise the world's first Decentralised Autonomous Organisation (DAO) ecosystem for art creation through collaboration between scientists and artists.

TAIO will promote transdisciplinary whole-person education to the next generation in Hong Kong. It will propel strategic policymaking by the Government to guide Hong Kong's cultural and creative industries development going forward, thus contributing toward building Hong Kong to be an international cultural exchange and Intellectual Property trading hub," said Professor Guo.

Following the first human-AI collaborative performance of its kind in the world at the Annual Gala Concert of the HKBU Symphony Orchestra on 14 July, today's Symposium is another key deliverable of the "Building Platform Technologies for Symbiotic Creativity in Hong Kong" research project supported by HK$52.84 million in funding from the Theme-based Research Scheme under the Research Grants Council.

NEW YORK, New York - It was another volatile day on Wall Street on Friday as investors weighed up more ...