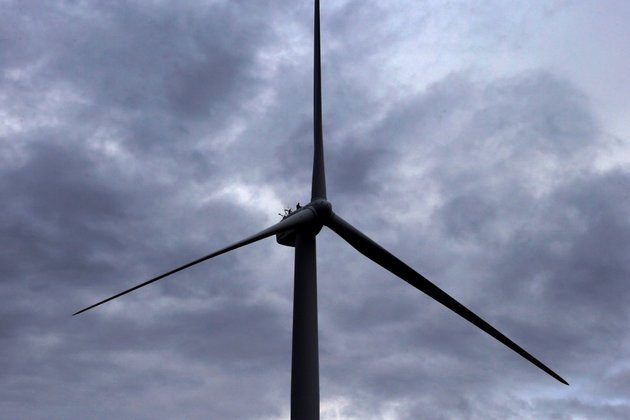 Sydney - Offshore wind farms are to be permitted for the first time in Australia. The Climate Change Minister Chris Bowen has declared part of the Victoria coast an offshore wind zone and a 60-day community consultation process will soon begin.

The Australian government has designated the country's first offshore wind zone, which gives developers permission to increase their planning and consultation for wind farm projects.

Australia currently has no offshore wind generation, which was seen as too expensive and hard to build compared to onshore wind or solar projects.

The Climate Change Minister Chris Bowen says there is no time to lose.

"We are way behind the game, way behind the rest of the world in producing wind off our coastline. Again, we have a lot of catching up to do. Offshore wind is jobs-rich and energy-rich," he said.

The first official offshore wind zone is off the Gippsland coast in the state of Victoria. There are plans to install up to 200 wind turbines, with the closest located 7 kilometers from the coastline. It would be one of the world's largest wind farms. Construction could begin in 2025.

Other areas will follow off the coasts of New South Wales, Tasmania and Western Australia.

Erin Coldham, the acting chief executive of the Danish-owned Star of the South wind project in the Bass Strait in Victoria, says the project will help reduce Australia's reliance on fossil fuels.

"In the region where we are looking to put a project in Gippsland, it is a region that has been generating power for over 100 years and been working in the offshore oil and gas business. But those communities know those opportunities will not be around forever. So, there is a really strong sense of enthusiasm for technologies like offshore wind to continue that tradition into the future," said Coldham.

Wind turbines have been identified as a key part in Australia's plan to generate more than 80% of its energy needs with renewable sources by 2030.

FILE - A solar panel array can be seen at the Windorah Solar Farm, which was installed by Ergon Energy, near the town of Windorah in outback Queensland, Australia, Aug. 11, 2017.

Solar is Australia's largest source of green power. A quarter of Australian homes have rooftop solar systems - the highest uptake in the world.

But despite this, Australia has been one of the world's worst per capita emitters of greenhouse pollution. Coal and gas still generate most of its electricity. Analysts have said that for years it has been regarded as a climate laggard.

But that perception is now changing.

For the first time, Australia has a legislated target to cut greenhouse gas output.

Last week, new laws were passed by the federal parliament in Canberra that will cut carbon emissions by 43% by 2030.