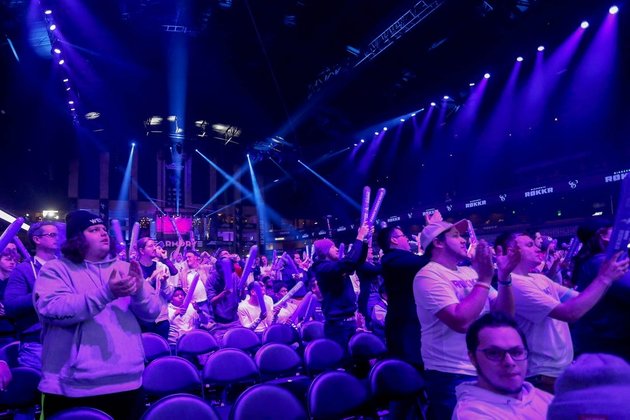 The Atlanta FaZe and Los Angeles Thieves moved within two wins of the season title by capturing victories on Friday at the Call of Duty League Championship Weekend.

In upper-bracket semifinal action at the Galen Center in Los Angeles, the FaZe edged the Seattle Surge 3-2 before the Thieves sweptOpTic Texas 3-0. Atlanta and Los Angeles will square off in the upper-bracket final on Saturday.

Lower-bracket play began on Friday with the New York Subliners pulling off a reverse sweep to stun the London Royal Ravens and the Toronto Ultra eliminating the Boston Breach 3-1.

In the second round of the lower bracket on Saturday, Texas will oppose New York and Seattle will meet Toronto.

Championship Weekend offers a prize pool of $2.55 million, with $1.2 million going to the winners. The tournament has a double-elimination format, and all matches are best-of-five until Sunday's grand final, which will be best-of-nine.

The United States' McArthur "Cellium" Jovel had 91 kills and a plus-1.44 kills-deaths ratio for Atlanta.

The Thieves crushed OpTic 250-58 on Gavutu Hardpoint, 6-4 on Berlin Search and Destroy and 3-2 on Gavutu Control.

The United States' Matthew "KiSMET" Tinsley logged 97 kills and a plus-1.13 K-D ratio for the Subliners.

Toronto claimed Tuscan Hardpoint 250-170 before Boston rolled to a 6-0 win on Desert Siege Search and Destroy. The Ultra then took Berlin Control 3-2 and Berlin Hardpoint 250-218.

Scotland's Cameron "Cammy" McKilligan powered Toronto with 101 kills and a plus-1.29 K-D ratio.