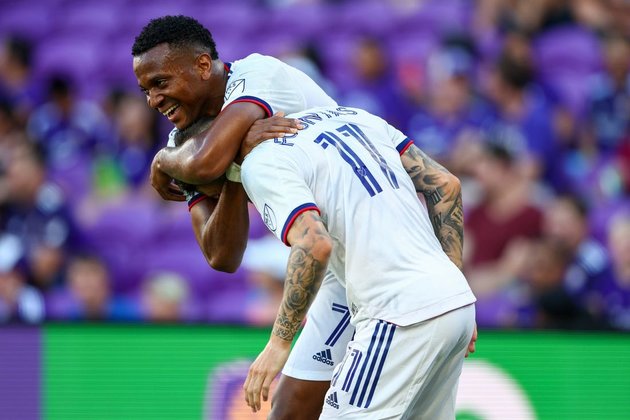 Fountas notched two goals in the first eight minutes and another in the 51st minute before Kimarni Smith and Nigel Robertha added late goals for D.C. (5-9-2, 17 points), which had gone nearly two months since winning. The visitors snapped an 0-4-2 skid.

Facundo Torres and Ercan Kara scored in a nine-minute stretch of the second half as Orlando City (7-7-4, 25 points) closed within 3-2. Alexandre Pato added a goal on an 80th-minute penalty kick to cut the deficit to 4-3.

Fountas, who had six goals in his past eight games entering play Monday, was taken out for a substitute in the 59th minute.

By game's end, Orlando City had racked up 79.2 percent of the possession time but didn't convert enough to get a positive result.

While Fountas has excelled for D.C., the team hadn't won a game since topping the Houston Dynamo 2-0 on May 7. The team's fourth goal reflected a season-high total and the biggest offensive burst came after D.C. United managed a total of three goals in their past three games combined.

Smith, in his second MLS season out of Clemson, produced his first league goal in transition with a strong left-footed blast from outside the top of the box. That sequence also helped quell some of Orlando City's growing momentum and rebuild D.C.'s lead to 4-2.

It was 4-3 when Robertha tallied in extra time.

Orlando City goalkeeper Pedro Gallese made only one save.

Mauricio Pereyra provided an assist on Orlando City's first goal. Torres delivered a cross that Kara converted on a header.

OTTAWA, Ontario: Military trainers from Canada will head to the United Kingdom to teach Ukrainians new techniques for fighting the ...