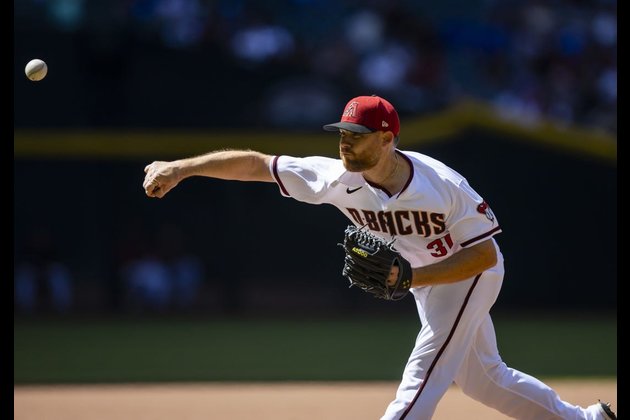 Kennedy left Sunday's game against the Colorado Rockies after throwing just seven pitches in the eighth inning. He got the first batter he faced to fly out on the first pitch, but left the game with a full count against Yonathan Daza as a trainer looked at his right leg.

Kennedy, 37, is 3-4 with a 3.58 ERA in 32 appearances out of the bullpen in his first year with the Diamondbacks. He has four saves in six chances.

In 456 games, including 290 starts, with six teams, Kennedy, is 103-110 with a 4.10 ERA. He has pitched for the New York Yankees, San Diego Padres, Kansas City Royals, Texas Rangers and Philadelphia Phillies and is in his second stint with the Diamondbacks.

Middleton, 28, made six bullpen appearances for Arizona earlier this season. He is 1-1 with a 3.86 ERA. He spent four seasons with the Los Angeles Angels and one with the Seattle Mariners before joining the Diamondbacks.