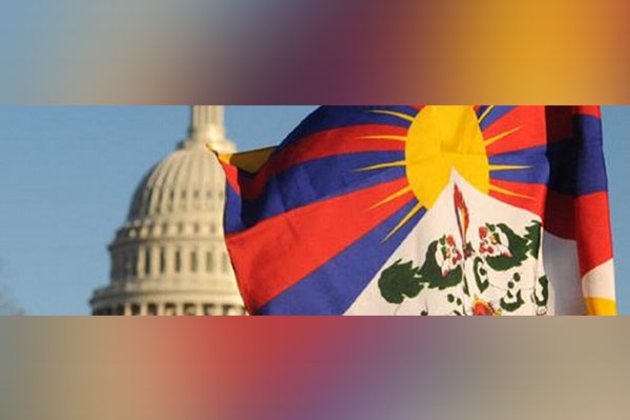 Washington [US], May 17 (ANI): International Campaign for Tibet on Monday said that US Special Coordinator for Tibetan Issues Uzra Zeya's Dharamsala, India visit is crucial in highlighting the "dire" need to sustain Tibetan culture before China succeeds in destroying it.

This comes after the US State Department announced that Zeya "will travel May 17-22 to India and Nepal to deepen cooperation on human rights and democratic governance goals, and to advance humanitarian priorities.""We are excited to see Special Coordinator Uzra Zeya visit Dharamsala, where she can witness firsthand the importance of the Tibetan democracy she's working to support, as well as the dire need to sustain the beauty of the Tibetan culture before the Chinese Communist Party succeeds in its obliteration," said Tencho Gyatso, Interim Vice President of ICT, an advocacy group that promotes human rights and democratic freedoms for the Tibetan people. Tencho will be in Dharamsala during the visit of the Special Coordinator.

"We believe this trip can and must translate President Biden's statements of support into the proactive initiatives needed to build on global support for Tibet, including lifting the veil that the CCP's 70-year occupation is an 'internal matter.' Negotiations between Chinese and Tibetan representatives must be restarted," Tencho added.

Zeya's visit this week to the headquarters of the Dalai Lama and the Tibetans in exile in Dharamsala, India recognizes that the Tibet-China conflict remains unresolved and the situation on the ground is as urgent as ever, the ICT said.

Zeya, who serves concurrently as the Undersecretary of State for Civilian Security, Democracy and Human Rights, will visit Dharamsala on May 18-19 to meet the Dalai Lama and Tibetan leaders.

This will be her first trip there since becoming the Biden administration's point person on Tibet in December 2021.

During his campaign, now-President Biden promised to "work with our allies in pressing Beijing to return to direct dialogue with the representatives of the Tibetan people to achieve meaningful autonomy, respect for human rights, and the preservation of Tibet's environment as well as its unique cultural, linguistic and religious traditions."For Tibetans in Tibet, conditions remain grave. Under China's occupation, Tibet is now the least-free country on Earth in a tie with South Sudan and Syria, according to the watchdog group Freedom House, ICT's statement read.

Zeya will then travel to Nepal on May 20-22, according to Nepali media, where she will meet the Prime Minister and Foreign Minister, ICT informed.

As per ICT, among the issues that will confront her is the situation of Tibetan refugees there who continue to face increasing threats to their status due to China's pressure on the Nepali government.

In 2019, Gopal Krishna Shiwakoti, former chairperson of the Asia-Pacific Refugee Rights Network, told the Nepali press, "There is visible discrimination towards Tibetan refugees in Nepal. We need to treat every single refugee group equally on humanitarian grounds. Safeguarding Tibetan refugees' rights is wrongly perceived as annoying the Chinese, which is not true. That mindset needs to change in our politicians andbureaucrats," the ICT continued.

ICT expects Zeya to speak up for Tibetans during her time in Nepal.

ICT, in its statement also noted that Zeya's visit should build Tibet's momentum. Zeya's trip comes on the heels of the successful visit to Washington last month by Penpa Tsering, the Sikyong (President) of the Central Tibetan Administration, which provides democratic governance for Tibetans in exile.

In the US capital, Penpa met with Zeya, House Speaker Nancy Pelosi and other bipartisan members of Congress, and other officials at the State Department. Penpa has said he looks forward to welcoming Zeya to Dharamsala and continuing the discussions with her.

In recent years, the US has deepened its commitment to the Tibetan people, including bypassing the Tibetan Policy and Support Act of 2020 and the Reciprocal Access to Tibet Act of 2018. The TPSA dramatically expanded US support for Tibet, including by protecting the Dalai Lama's succession from China's interference.

RATA, meanwhile, pressures China to provide American journalists, diplomats and ordinary citizens with the same level of access to Tibet that Chinese citizens have to the United States, as per the ICT statement.

In addition, the US funding bill that became law in March also expands US support for Tibetans, including by challenging China's occupation of Tibet and strengthening calls for dialogue on Tibet's future.

Zeya's appointment is another sign of momentum in Tibet support. As an Undersecretary of State, she is a higher-ranking official than the Special Coordinator who served in the former President Donald Trump's administration.

Announcing her appointment on December 20, 2021, Secretary of State Antony Blinken said, "Special Coordinator Zeya will work closely with Tibetan cultural, religious, and political leaders, the U.S. Congress, international allies and partners, and civil society representatives on these matters." Zeya is also the first Indian American to serve as Special Coordinator.

Her appointment followed bipartisan letters from the House and Senate encouraging her to work with Congress to advance US policy on Tibet.

Prior to Zeya, the following Special Coordinators have visited Dharamsala to meet the Dalai Lama and the Tibetan community.