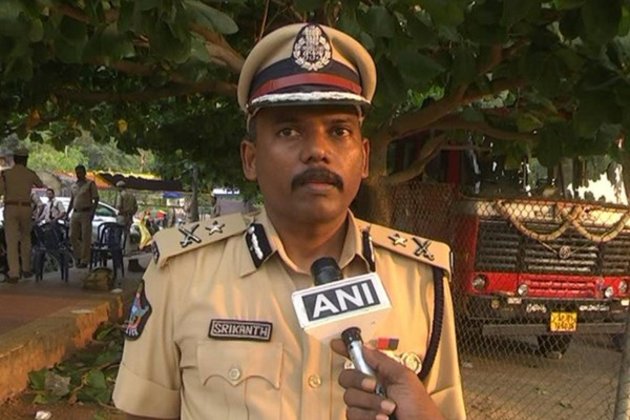 Visakhapatnam (Andhra Pradesh) [India], May 15 (ANI): To bring a change to the lives of children addicted to drugs, the Vishakhapatnam police urged their parents to avail the facility of the city police's counselling centre 'Marpu'.

Marpu is the counselling centre set up by the Vishakhapatnam police, where several drug-addicted children are given counselling and efforts are made to bring a change in their lives.

"Keep a close watch on the behaviour of your children and if any abnormality and signs of depression are observed, parents should immediately take their child for counselling," Vishakhapatnam police commissioner Ch Srikant appealed.

According to a source in the police department, the United Visakhapatnam district was once popular as the hub of Cannabis in the country. Years later, via several mandals of the deep forest areas, such as GK Veedhi, Pedabayalu, Paderu, Chintapalli, Koyyuru, and G. Madugula (Present in Alluri Seetha Rama Raju (ASR District) all Maoist hotbeds have grown to become a Cannabis (marijuana) hub in the country.

"The cultivation of the crop has reached such high levels that it became a matter of discussion in the Ministry of Home Affairs (MHA) as well as the Home Ministries of several States. The Andhra Pradesh government, lately, formed a Special Enforcement Bureau (SEB) to tackle the menace of ganja cultivation as well as the distillation of illicit liquor."Stating further, Vizag Commissioner Srikanth disclosed, "After observing the increase in the crackdown on ganja smuggling by the police, the smugglers refined their methods and shifted the contraband out of the district. They started smuggling Ganja in the form of Hash oil."Hash Oil is a concentrated form of ganja, which is believed to be at least four times more potent and stronger than the traditional weed.

"To prepare this oil, all they do is crush the dried flowers and stems of the cannabis plant in a rudimentary crushing machine and add some oil to extract the solvent. They, then heat it at a certain temperature and extract the oil in the form of either oil or wax," he said.

One kilogram of Ganja/Cannabis is sold for Rs 7,500 to Rs 10,000 in Hyderabad and Bengaluru, its similar amount of Hash oil fetches the smugglers, an amount of Rs 1 lakh to Rs 1.2 lakhs, there. (ANI)