Can the West survive without Russian oil 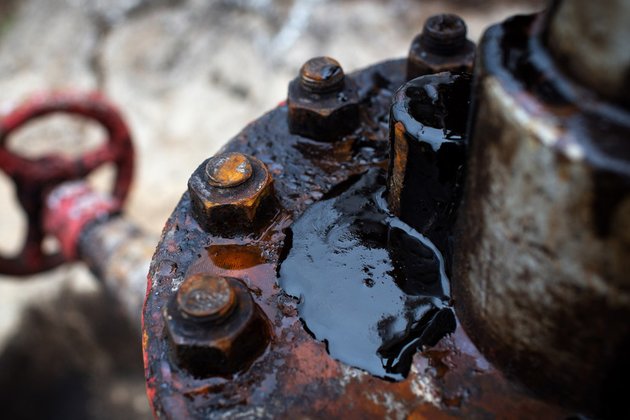 Countries pushing for an embargo may not find alternative crude suppliers

The EU and UK recently announced plans to ban all purchases of Russian oil by the end of the year in response to Russia's military operation in Ukraine. Washington has already declared a complete ban on Russian oil. Moscow, meanwhile, has warned that cutting off its crude would lead to "catastrophic consequences for the global market," a notion endorsed by the head of the Organization of the Petroleum Exporting Countries (OPEC), Mohammed Barkindo, who recently warned EU officials that it would be impossible to replace the volumes lost if Russian oil were banned. Russia is the world's third biggest oil producer and second biggest exporter. Amid global worries of a looming energy crisis, Western nations are looking for alternative suppliers.

Norway is Europe's second largest oil supplier after Russia, providing 8% of the EU's oil imports, versus Russia's 27% as of 2021. It pumps around 4 million barrels of oil equivalent per day and is forecast to increase its output by 9% by 2024. The country announced in March that it would offer new licenses to drill for oil and gas, including in previously unexplored areas in the Arctic. However, on a broader scale, Norway's production represents a mere 2% of total global crude oil demand, meaning that it is a small player. Meanwhile, new drilling sites take time to explore and develop - time that Europe does not have.

The former Soviet republic boasts the largest proven oil reserves in the Caspian Sea region. Most of its crude oil exports go to Europe, making up some 6% of its oil imports. However, Kazakhstan relies on Russia to export most of its crude through a pipeline from its western oil fields through southern Russia to Russia's Black Sea oil terminal at Novorossiysk. This raises the question of whether Kazakh oil would be allowed to come to Europe if it is shipped via Russia.

The country is also among Europe's oil suppliers, covering some 6% of the continent's oil needs. It used to supply oil to the US but was replaced by Canada when the latter increased its oil sands production. Nigeria has proven reserves equal to 237.3 times its annual consumption. However, the country struggles due to the lack of functional refineries, while refined petroleum makes up the largest part of Nigeria's import bill (around 17%). This may mean the country would hardly be able to focus on boosting its crude exports while the tanks at home sit empty.

Middle Eastern nations hold nearly half of the world's proven oil reserves and much of its spare production capacity. However, underinvestment in infrastructure, political conflicts, and, in the case of Iran, sanctions, may interfere with the region's ability to come to the rescue when the West loses Russian oil. Saudi Arabia and the United Arab Emirates, for instance, constitute most of OPEC's spare production capacity. But Saudi Arabia has repeatedly brushed off US pleas to boost output beyond the OPEC-agreed post-Covid-19 increase. Both countries are also unlikely to divert oil shipments from Asia to Europe for fear of losing the region's main buyer, China, analysts say. Iraq and Libya could boost production, experts say, but domestic political troubles make that unlikely. This leaves Iran, which, although fully equipped to raise crude output, is still under US sanctions and efforts to revive the 2015 nuclear agreement with global powers continue to bear no fruit.

The world's 11th largest oil exporter, Brazil was recently asked by the US to boost its oil output. This was prompted by soaring gasoline prices in the US following its ban on Russian oil. Even though oil from Russia accounted for just 8% of US crude imports, uncertainty over supplies had sent domestic prices surging. However, Brazil refused Washington's request. The country's state-run oil company, Petrobras, said that output levels were determined by business strategy rather than diplomatic considerations and also that a significant short-term production boost would not be logistically possible.

Washington also approached Venezuela, which boasts the globe's largest proven oil reserves, pledging to ease some of the sanctions on the country in exchange for a boost in oil exports to the US. However, Washington was later reported to have backtracked on the offer, despite Caracas saying it could boost output by at least 400,000 barrels per day.

The US is the world's top producer of crude oil, with output of about 11.6 million barrels per day as of December 2021. However, the country is also the world's largest consumer of oil, using about 20% of the world's total, which makes it a net importer. The US could potentially boost production and sell more of its crude to Europe, but American oil is very light and is unfit for producing the diesel and gasoline needed by markets, both in America and Europe.

Canada is the world's fifth-largest oil producer and has the world's third-largest proven oil reserves. However, the country has limited pipeline capacity and export infrastructure, and pumps nearly all of its oil to the North American market at low prices. In March, Canada's natural resources minister pledged to boost output to help solve the energy crisis in Europe, but there are concerns about how much extra oil the country can pump, considering that production in Western Canada was already near record levels last winter. Canada can reportedly boost its oil output by only an estimated 200,000 barrels per day. This would only help the US make up for some of the shortfall that emerged from losing the 500,000 barrels of Russian petroleum - and there is no clear time frame for when Canada could deliver these barrels.