One Killed as Price Protests Continue in Iran 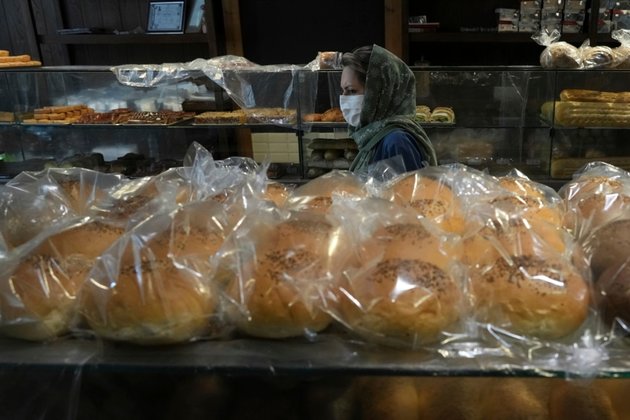 Dubai - Protests over soaring food prices continued in several cities in Iran on Saturday, according to postings on social media, while an Iranian lawmaker told a local media outlet that one person was killed in a demonstration in the southwest.

The protests were triggered last week by a cut in state subsidies for imported wheat that caused price increases of as much as 300% for a variety of flour-based staples. The government of President Ebrahim Raisi also raised prices of basic goods such as cooking oil and dairy products.

The northern city of Rasht, the central town of Farsan, and the northeastern city of Neyshabur, were among areas hit by protests, according to videos posted on social media.

'Raisi, have some shame, let go of the country!' chanted protesters on one such video. Reuters could not independently authenticate the videos.

Local lawmaker Ahmad Avai told the semi-official ILNA news agency that one person had been killed during rallies in Dezful, a city in the oil producing southwestern province of Khuzestan.

State media earlier said an estimated 300 people were dispersed by security forces in Dezful and 15 were arrested late Thursday.

In the first signs of discontent over price increases, Iranian media last week reported disrupted internet services, an apparent attempt to stop the use of social media to organize rallies and disseminate videos.

NetBlocks, which reports on internet blockages, on Saturday reported a disruption that lasted hours on Iran's MobinNet.

'The disruption is the latest in a series of telecoms cuts amid protests,' NetBlocks said on Twitter.

Wheat prices have sharply risen globally since the start of the Russian invasion of Ukraine in February, adding to the cost of subsidies in Iran.

Iranian officials have also blamed the price increases on the smuggling of heavily subsidized flour into neighboring Iraq and Afghanistan.