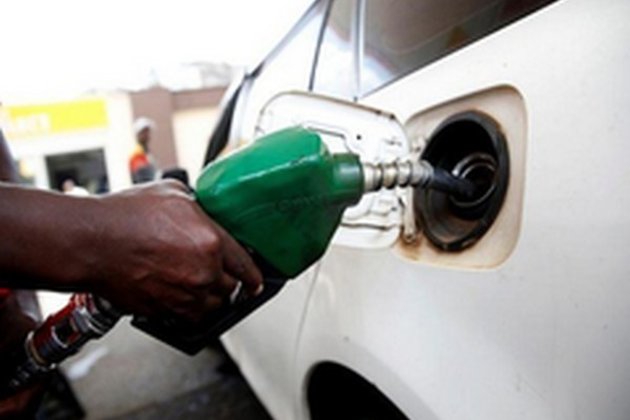 Islamabad [Pakistan], January 14 (ANI): The prices of key petroleum products are estimated to jump by up to Pakistani Rs 6.30 per litre on January 15 for the next fortnight, local media reported on Friday.

The prices of petrol (motor gasoline) and high-speed diesel (HSD) had been worked out to go up by about Pakistani Rs 5.30 and Pakistani Rs 5.80 per litre, respectively, based on the existing tax rates, import parity price and exchange rate, Dawn reported citing sources.

Likewise, the prices of kerosene and light diesel oil (LDO) are also estimated to go up by Pakistani Rs 5.80 and Pakistani Rs 6.30 per litre, respectively.

According to Dawn, an official said the Imran Khan-led government could slightly reduce sales tax on petroleum products if it decides to minimise inflationary pressures on the public, but it would largely depend on its engagements with the International Monetary Fund (IMF) for the revival of a USD 6 billion programme.

In recent months, the government has been increasing petroleum levy and general sales tax (GST) on an alternate fortnight basis as part of its negotiations with the IMF. The levy would keep going up by Pakistani Rs 4 on the first of every month until it reached a maximum of Pakistani Rs 30 per litre and GST adjustments would take place on the 15th of every month depending on the price cushion, the Pakistani publication reported.

SYDNEY, NSW, Australia - Stocks in Asia were mixed on Wednesday. The biggest move was the Japanese market which saw ...

UK imports to Ireland fell, trade with N. Ireland up due to Brexit

DUBLIN, Ireland: Since Brexit went into effect in 2020, Ireland has witnessed a 20 percent decline in goods exported from ...

At 3.45%, mortgage rates highest in US since pandemic struck

WASHINGTON D.C.: According to a closely watched survey, U.S. mortgage rates have reached levels not seen since March 2020. In ...

PIEDMONT, Italy: Earlier this month, a case of African swine fever, which can be deadly to pigs but harmless to ...

During lockdown, free flowers handed out to mark Tulip Day

AMSTERDAM, Netherlands: As stores in Amsterdam and across the Netherlands cautiously reopened after a COVID-19 lockdown, thousands of free bunches ...

US Supreme Court to rule on religious rights of football coach

WASHINGTON D.C.: The U.S. Supreme Court said it would hear an appeal from a former high school football coach who ...

One of world's oldest gorillas put to sleep at Atlanta Zoo

ATLANTA, Georgia: Zoo Atlanta's gorilla, one of the oldest in captivity at 59 years, was euthanized on January 13 due ...

COPENHAGEN, Denmark: An official at the highest level of the Denmark government has been charged with leaking state secrets. Claus ...