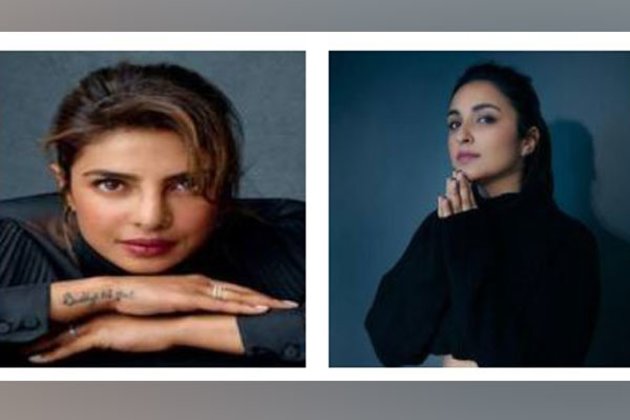 The Chopra sisters enjoy a great bond together and are often seen spending time with each other. Recently, to praise her little sister, Priyanka took to her Instagram story and shared a picture that sees 'The Girl On The Train' flashing on her television.

Using a string of emoticons, she wrote, "Proud of you Tisha. The Girl On The Train is out now!" alongside the snap.

Meanwhile, Parineeti Chopra is currently basking in the praises after 'The Girl On The Train' release. Several critics and fellow celebrities have appreciated the star for the same.

'The Girl On The Train' was premiered on February 26, 2021, on Netflix. It is the Hindi adaptation of the thriller-themed International bestseller book under the same name. The book was made into a Hollywood film starring Emily Blunt in the lead in 2016.

In the Bollywood version helmed by Ribhu Dasgupta, Parineeti Chopra plays the eponymous girl taking the train, an alcoholic divorcee, who becomes involved in a missing person investigation and uncovers deeper secrets.

As for the Priyanka Chopra, who was last seen in 'The White Tiger' opposite Rajkummar Rao has announced her hair care range 'Anomaly', sometime back. She is also busy promoting her autobiography memoir, 'Unfinished' and will also feature in the upcoming romantic drama 'Text for You', directed by Jim Strouse. (ANI)