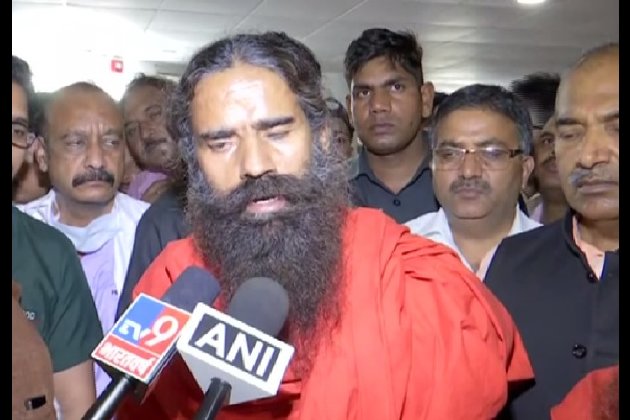 Sharing updates on the health of Balkrishna, who was admitted to AIIMS here after getting unconscious, Ramdev said, "With your wishes and God's grace Acharya Bal Krishna is getting better. After eating a 'Prasad' today, he got dizzy and fell unconscious. I am not saying that there was some foul thing in the prasad. He was brought here and tests were conducted and now 80 to 90 per cent, he is fine."Meanwhile, AIIMS Rishikesh Director Ravi Kant said, "We have done ECG, MRI, Liver Function Test, Electrolyte test, Kidney Function Test, BP etc, and they suggest he is normal. He will be all right in the next few hours."According to a medical bulletin released by AIIMS in Rishikesh, Balkrishna was brought to the hospital's emergency unit at 4:15 pm today in altered conscious level.

"On examination, his BP, Pulse Rate, SPO2, RBS were within normal limits. he was evaluated by Cardiologist, Neurologist, General Physician at the time of arrival," the medical bulletin stated.

"On the advice of Neurologist screening, MRI Brain was done and found normal. The patient is shifted to the Department of Critical Care Medicine for further management. He is in exhaustion but stable from point of view of all normal parameters of BP, Pulse, Respiratory rate, Blood Sugar, Electrolytes, MRI, ECG," it added. (ANI)

SYDNEY, Australia - Stocks in Asia rebounded on Wednesday, clawing back some of the extensive losses of a day earlier.The ...

NEW DELHI, India: At least five flights were diverted from the Delhi Airport due to bad weather on Wednesday morning."Five ...

AUSTIN, TEXAS - With China poised to increase purchases of U.S. agricultural goods this year as part of a Phase ...

Senate approves impeachment rules after being rebuked by chief justice

OUAGADOUGOU, Burkino Faso - (ANI/Sputnik): Thirty-six civilians were killed on Monday in an attack on a market in Sanmatenga province, ...

WHO: Coronavirus could spread to other countries "in coming days"

GENEVA, Switzerland - The World Health Organization (WHO) says the novel coronavirus could spread to other countries "in the coming ...

Deathdream (aka Dead of Night)