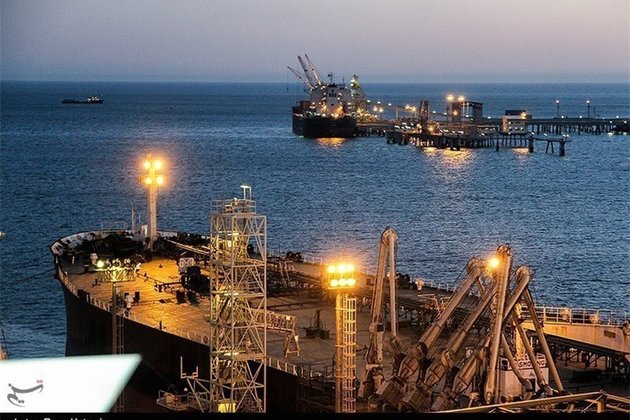 TEHRAN (Tasnim) South Koreas oil imports from Iran fell 12 percent in March from a year earlier, customs data showed on Monday, but the monthly intake was still the highest since the country resumed buying Iranian oil in January. - Economy news -

That was up 23 percent from February and more than a five-fold increase from January as buying has ramped up.

For the first three months, South Korea's imports of Iranian crude were down 29.8 percent at 2.4 million tons, or 196,303 bpd, compared with 3.45 million tons over the same period last year, according to the data.

South Korea is one of the eight countries that received six-month waivers from the United States in November and can buy up to 200,000 bpd of oil from Iran, mostly condensate, or an ultra-light form of crude oil.

Across the five months from November through March, South Korea imported about 117,000 bpd on average of Iranian oil, according to the report.

The sanctions waiver is due to expire in early May and South Korea has been in talks with the United States to extend its waiver to continue to source oil from Iran.

Oil shipments from the United States were more than seven times higher in March at 1 million tons, from 134,911 tons a year earlier, according to the data.

For the first quarter of the year, crude oil imports increased 1.2 percent to about 37.2 million tons year-on-year.

Etihad takes delivery of 38th Dreamliner, with a new twist

CHARLOTTE, North Carolina - General Motors is to open a new technical center focused on performance and racing in the ...

DENVER, Colorado - The U.S. Federal Aviation Administration (FAA) has issued a Finding of No Significant Impact/Record of Decision for ...

DUBLIN, Ireland - The importance of the tourism industry to Ireland has been highlighted in a report which has examined ...

SYDNEY, Australia - Shares in China dropped sharply on Friday as two populous cities in the country went into lockdown ...

WASHINGTON, DC - A blueprint the White House is rolling out to resolve the decades-long conflict between the Israelis and ...

DELHI, India - Five people have been killed in a building collapse in the Indian capital of Delhi. Another 3 ...

WASHINGTON, DC - Thirty-four U.S. service members have been diagnosed with concussion and traumatic brain injuries as a result of ...

BEIJING, China - The death toll and infected rate from the Wuhan coronavirus in China has increased dramatically, while the ...

The Hunt for Red October